Home / About FPC / Our Beliefs

Our Beliefs and History 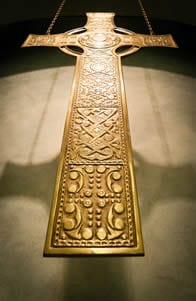 Worship is at the very heart of our church life. Why do Presbyterians worship the way we do?

Presbyterians trace their history to the 16th century and the Protestant Reformation. Our heritage, and much of what we believe, began with the French lawyer John Calvin (1509-1564), whose writings crystallized much of the Reformed thinking that came before him.

First Presbyterian Church of Jefferson City was founded in 1834 by Rev. Robert McAfee. The congregation of 12 people met in Legislative Hall where the Governor’s Mansion is now.  In 1844, the congregation built a one-room, stone building across from the then Governor’s residence on the south side of Main Street.

Like the country, the congregation divided over the Civil War, disbanded and sold the building in June 1865. The congregation reformed in 1867 under the leadership of Rev. J. Addison Whittaker and continued until 1874 when financial problems and litigation with a building contractor forced it to close.  Although formal worship was discontinued, Sunday School continued under the leadership Mr. Oscar Burch.

The congregation of 12 had its third beginning in 1883 led by Rev. Thomas Marshall. The church grew during the next 10 years building, remodeling and adding an auditorium.  Soon, in 1886, its first Women’s Circle was formed. 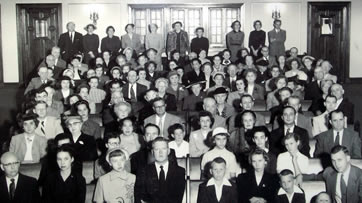 By the turn of the 20th Century, First Presbyterian Church flourished and grew to 200 members. Boy Scout Troop 2 began meeting at the church in 1923 – just 13 years after the founding of scouting – and it continues to meet at the church today.

In 1927, the church building was demolished and the building we worship in today was built. During this period, 1925-1951, Rev. A.B. Jackson was pastor and he began a family legacy of active members who still worship with us.

Currently, the church is led by Rev. Angela Dionne Madden and Rev. Joseph Tagliaferre, Interim Associate Pastor. These leaders are joined by highly capable spiritual leaders, Deacons and Elders, who seek to serve with energy, intelligence, imagination and love.

Today, the congregation has more than 580 members. We continue our mission to share the love of Christ through community service, international mission, children’s programs, ecumenical relations and worship.

Worship with us via in person or Livestream

Join us anytime from 7:30am-11:30am for a great time picking berries! Choose your day and gallons of berries below, and you’ll be all set for a fun day at Berry Barn Farms!